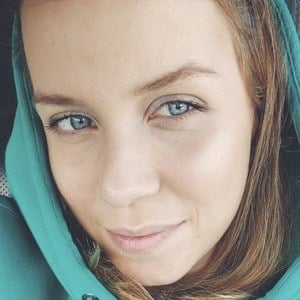 Artist who is known for her work in watercolor and pen. She is known for allowing the watercolors to fill the droplets, creating a unique process video. Her subjects often incorporate flowers and other nature elements which she posts to her over 1.1 million Instagram followers.

She first began posting pictures to her Instagram in April of 2014.

She has made paintings for a variety of companies and brands including the New York Times and Nike.

She was born in Moscow, Russia but later moved to Sydney, Australia to pursue a career in art. She married a man named Nick.

Other artists working out of Australia include Michael Finch, Jimi May, and David Boyd.

Polina Bright Is A Member Of