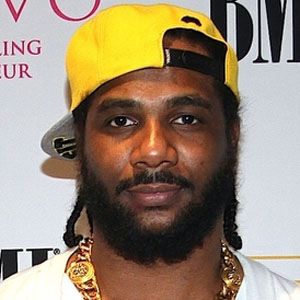 Known for his work with such artists as Nelly, Rihanna, and Limp Bizkit, this R&B and hip hop musician and music producer earned Songwriter and Producer of the Year honors at the 2008 and 2009 Broadcast Music, Inc. (BMI) Annual Pop Awards.

He dropped out of Morehouse College, where he was pursuing a degree in accounting, to record albums with his rap group, Jim Crow, which had recently been signed to Sony Records.

He produced such hit songs as "Runaway Love" byLudacris and Mary J. Blige, "Fireworks" by R. Kelly, and "Sweet Love" by Chris Brown.

He was born Polow Freache' Jamal Fincher Jones in Atlanta, Georgia. He grew up with a musically-inclined sister named Karesha, who taught him the basics of music producing.

His cousin Monica had a successful career as an R&B artist.

Polow da Don Is A Member Of