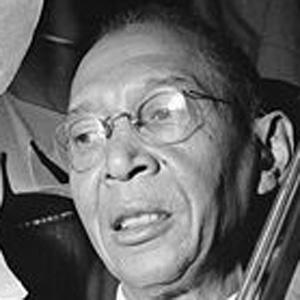 Known for his vigorous bass playing and for his collaborations with many famous jazzmen in the 1940s.

He was performing professionally by the age of fifteen and was working with many prominent hot bands around that time.

He played with a small band led by Earl Hines in the 1960s, one of his last big gigs.

He married Bertha Foster in 1912 and was later remarried to his wife Alma in 1936; they were together for almost forty years.

He played with Louis Armstrong for almost a decade in New York during the 1930s.

Pops Foster Is A Member Of