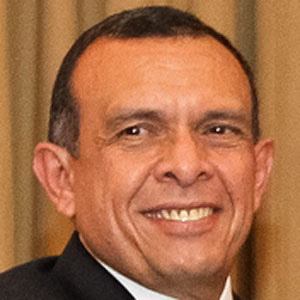 National Party leader who was elected as the 54th President of Honduras in 2010 after former President Manuel Zelaya was ousted in a coup.

He studied at the University of Miami and Patrice Lumumba University.

He is known for attempting to reconcile the political climate and human rights situation in Honduras.

He has been married to Rosa Elena.

He ran against Manuel Zelaya in the 2005 presidential election, but was unsuccessful.

Porfirio Lobo Sosa Is A Member Of