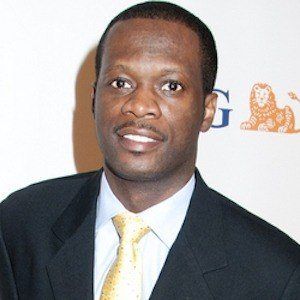 Singer known for his work with Lauryn Hill and Wyclef Jean as part of The Fugees, with whom he won two Grammys. He's also had a successful solo career, producing top ten hits such as "Ghetto Superstar."

He met Lauryn Hill while in high school and introduced her to his cousin, Wyclef Jean. The three formed their first group, The Rap Translators, in 1989.

He's also worked as an actor and director. His most well-known work is Skid Row, which chronicles life as a homeless person in Los Angeles.

He and Angela Severiano have a son named Landon, although the couple is no longer together.

In 2015, he released Sweet Mickey For President, a documentary about Haitian musician and politician Michel Martelly.

Pras Michel Is A Member Of