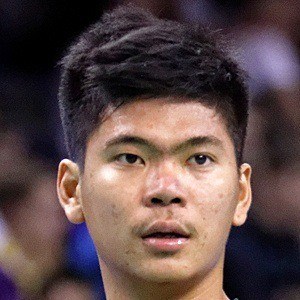 Internationally known doubles player who has competed for the badminton club PB. Djarum. He got recognized with partner Vita Marissa after winning several international tournaments. He went on to represent his country for the national team with partner Debby Susanto.

He's been playing badminton professionally since 2004. He became a national team member of club team PB. Djarum in 2008.

He and his partner Debby Susanto were runners-up in the 2015 Malaysia Masters Grand Prix Gold Tournament.

He was born in Bontang, Indonesia.

He and Lee Chong Wei are both internationally known badminton players.

Praveen Jordan Is A Member Of