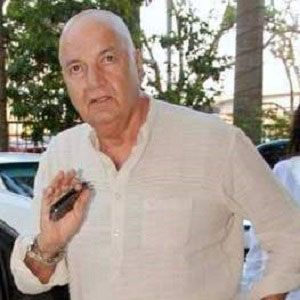 Known for his Filmfare Award-winning performance in the 1976 Hindi thriller Do Anjaane and for his numerous other Bollywood villain roles, this popular actor appeared in more than 300 films over the course of his five-decade cinematic career.

After earning a degree from Punjab University, he made his film debut in the 1960 movie Hum Hindustani.

He was the 1998 recipient of the prestigious Indira Gandhi Priyadarshini Award.

Though born in Lahore, Punjab, Pakistan (then part of British India), he grew up primarily in Shimla, India. He and his wife, Uma, later raised daughters named Prerana, Rakita, and Punita.

He rose to fame after co-starring with Manoj Kumar in a 1967 box office hit titled Upkar.

Prem Chopra Is A Member Of