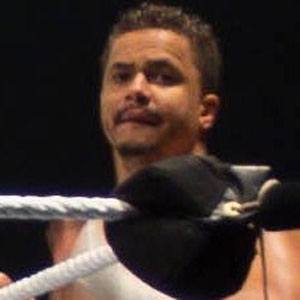 Puerto Rican WWE wrestler who formed a tag team with his brother Carlito: The Colons. They've also performed as The Shining Stars from 2016-2017.

He was a five-time WWC Universal Heavyweight Champion in the World Wrestling Council.

He and his brother had a fling with the Bella Twins of the WWE, and wrestled the tag team of Morrison and The Miz for the twins' affections.

He was born Edwin Colon, in San Juan, Puerto Rico, son of Carlos Colon, Sr. a retired wrestler himself.

He and his brother wrestled against The Edge and Chris Jericho tag team in the WWE.

Primo Is A Member Of