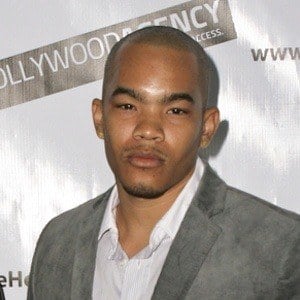 Music producer who goes by DJ Golden Child. He has also modeled in international campaigns for Versace, Ralph Lauren, and Tommy Hilfiger.

He was originally a part of rap group Quo, which was signed to Michael Jackson's MJJ/Sony Music Label.

He scored his wife's show "Surviving," which was nominated for a 2016 IFP Gotham Award for Breakthrough Series- Short Form.

He and J Dilla are music producers that were both born in the United States.

Prince Syc Is A Member Of