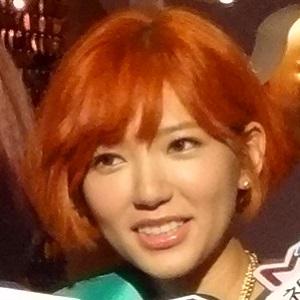 Taiwanese actress and singer known for her roles in Miss Rose, Inborn Pair, Pleasantly Surprised, and other television series. She is also known for performing with all-female music group Dream Girls. She has appeared in the music videos of several popular Taiwanese singers.

She ended her studies at Hsing Wu University of Science and Technology to concentrate on a career in entertainment. She first appeared on screen in a 2008 Taiwanese television commercial for the McDonald's restaurant chain.

She and South Korean celebrity Kim Heechul (of Super Junior) were cast opposite each other in a Korean television series called We Got Married.

Her mother passed away during her early childhood. While their father worked in China, she and her sister grew up with extended family in Taipei, Taiwan.

She and fellow Taiwanese performer Aaron Yan won a 2013 Chinese Wave Drama Award for their on-screen chemistry in the popular television series Just You.

Puff Kuo Is A Member Of