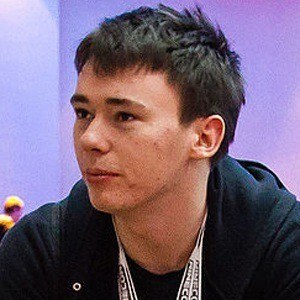 Also known as Pyrao, Pyro, or Pyro_0, he is a YouTube star known for his Let's Play videos and being a commentator on the popular Mindcrack server. He plays Minecraft, Call of Duty, various Nintendo games, and more.

He began creating Let's Play videos since he was 14 years old. He joined Mindcrack in April 2012. In 2014 he graduated with a degree in computer science from Lancaster University.

He has over 20,000 followers on Twitch. He is a big supporter of the English soccer team Arsenal.

His given first name is Paul. He moved to Belfast, Northern Ireland, after attending Lancaster University in England.

He was asked to join Mindcrack by former member BdoubleO100.

Pyropuncher Is A Member Of