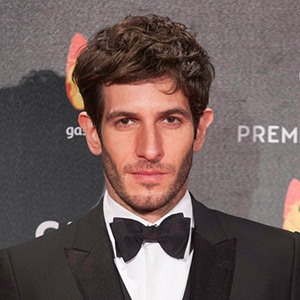 Spanish actor who is best recognized for his award-winning performance in the series Azuloscurocasinegro in 2006. He is also known for having played Jorge in the 2006 film Dark Blue Almost Black and for having played Marc in the 2013 film The Last Days.

His acting career first started in 1994 when he landed a recurring role in the series Poble Nou. Hist feature film debut then came in 2004 when he starred in Virginia, la Monaca di Monza.

He is also known for having been chosen by Givenchy to star in the brands Autumn/Winter 2013 Advertising Campaign.

He starred alongside Mikel Iglesias and Iván Massague in the 2013 feature film The Last Days.

Quim Gutiérrez Is A Member Of