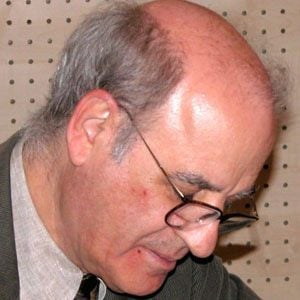 He studied in Mendoza, outside of Buenos Aires, at the Escuela de Bellas Artes.

He won the Konex Platinum Prize for Visual Arts twice.

Both of his parents passed away before he blossomed into adulthood as a successful cartoonist.

Peanuts creator Charles Schulz was a huge fan of his work.

Quino Is A Member Of