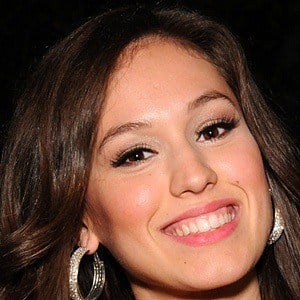 American model who is perhaps most famous as a Top Rank Boxing ring girl and a starting line model at SuperCross events. She is popular on Instagram, where she has over 250,000 followers.

She studied a wide variety of dance styles growing up, including jazz and hip-hop. She starred in productions like Swan Lake and Sleeping Beauty.

She won the Miss North Hollywood pageant in 2017.

She is of Mexican and Irish descent.

She has been a ring girl at fights featuring some of the most famous boxers in the world, including Manny Pacquiao and Miguel Cotto.

Rachel Anne McDonough Is A Member Of