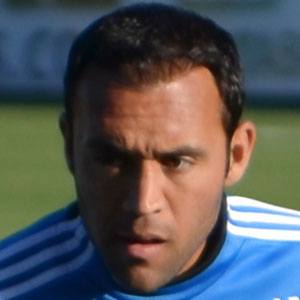 American midfielder who won the MLS Cup in 2001 and 2003 with the San Jose Earthquakes. He played for the Norwegian club HamKam from 2005 to 2006, then rejoined the Earthquakes in 2008.

He began his professional career with the USISL's California Jaguars in 1995.

He was raised with two sisters, Maribel and Graciela.

He played alongside midfielder Landon Donovan on the San Jose Earthquakes and the US national team.

Ramiro Corrales Is A Member Of