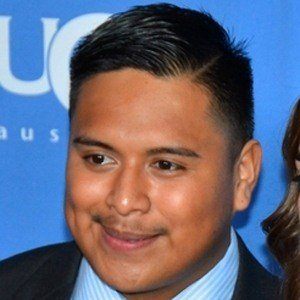 Star of the inspirational Disney film McFarland, USA who made his debut as an actor in the role of Danny Diaz for the film. He is a local of the eponymous setting of the film, McFarland, California.

He began working in fields in the 8th grade. He also worked at a local pizza hut before landing his movie role.

By coincidence, he was already acquainted with the real life Danny Diaz as Diaz was his counselor in high school. He became a champion soccer player his junior year at McFarland High School.

He competed against his cousin for the role of Danny Diaz.

He worked with Kevin Costner in McFarland, USA.

Ramiro Rodriguez Is A Member Of