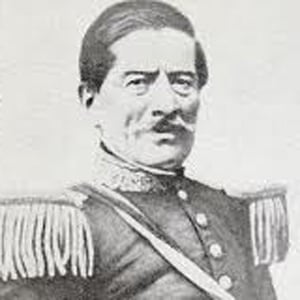 Military leader and politician who was the President of Peru for four non-consecutive terms. He was elected for the first time in 1844 and the last time in 1863.

He fought against Spain for Peruvian Independence as a commander of the Libertadores.

As President he abolished slavery and saw his economy grow due to the boom of guano deposits.

He was married to Francesca Diaz Canseco in 1833.

He joined Simon Bolivar's army after defecting from the Spanish Army.

Ramón Castilla Is A Member Of