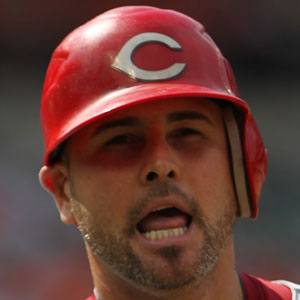 Venezuelan catcher who was selected to the MLB All-Star game in 2003.

He was signed by the Oakland Athletics in 1994.

His best defensive season came in 2002, when he threw out 40 percent of attempted basestealers, eight points above the league average.

He grew up with his family in Caracas, Distrito Federal, Venezuela.

He caught the majority of the games that Barry Zito pitched when he won the Cy Young Award in 2002.

Ramón Hernández Is A Member Of