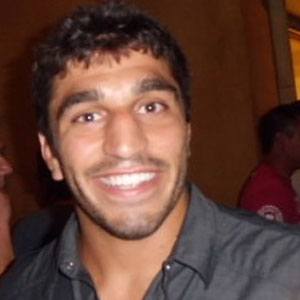 Palestinian-American Mixed Martial Arts fighter who competed in the lightweight division of the Ultimate Fighting Championship.

He received "Wrestler of the Year" honors while in high school.

He appeared on the Ultimate Fighter television series.

His family moved from California to Mill Creek, Washington when he was very young.

Ramsey Nijem Is A Member Of