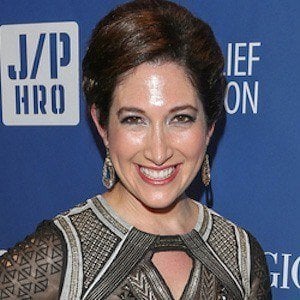 Founder and CEO of Zuckerberg Media who'd previously served as director of market development for Facebook and as a panelist for Forbes on Fox. She's the older sister of Facebook founder Mark Zuckerberg.

After graduating from Harvard University in 2003, she served as a TV correspondent, providing coverage during the 2008 Presidential Election.

She's worked as editor-in-chief at Dot Complicated and published a non-fiction book of the same name.

She became a sister-in-law to her brother's wife Priscilla Chan.

Randi Zuckerberg Is A Member Of