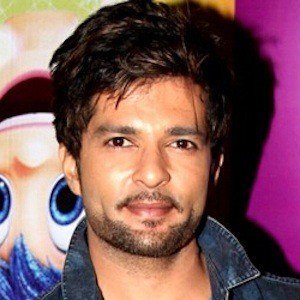 Indian actor and model most famous for his roles in the shows Maryada: Lekin Kab Tak?, Hongey Judaa Na Hum and Seven. He is also known for his roles in Bollywood films like 2001's Tum Bin and 2002's Dil Vil Pyar Vyar.

He got his start starring in television commercials for companies like Colgate and Wrigley's.

He was the runner up in the 1999 Grasim Mr. India contest.

He married actress Riddhi Dogra in 2011.

He co-starred with Himesh Reshammiya in the 2013 Bollywood film A New Love Ishtory.

Raqesh Vashisth Is A Member Of