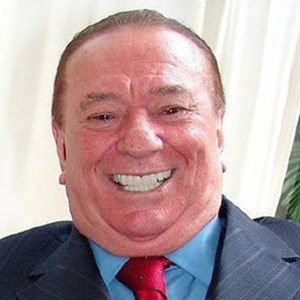 Brazilian television host, presenter, and singer who is best recognized for hosting his own weekly program on the SBT network. He is also known for his acting work and appeared as the voice of Esguicho in the Brazilian edition of The Incredibles 2.

He first started his career on television in 1957 when he appeared as a contestant on the series TV Paulista. He gained further attention in 1967 when he was given his own show.

He is also known for having acted in the 1960 feature film Tristeza do Jeca.

He was born and raised in Sao Paulo, Brazil and married Carmen Sanchez in 1964.

He is known for having hosted programs alongside fellow Brazilian television legends Fausto Silva and Silvio Santos.

Raul Gil Is A Member Of