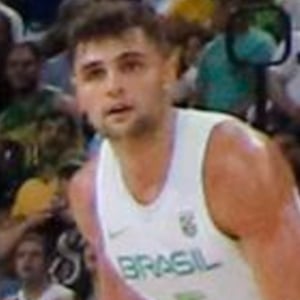 Point guard who joined the Utah Jazz in 2015 and was sent down to the Salt Lake City Stars in 2017. He has more than 120,000 followers on his raulneto08 Instagram account.

He was drafted in the second round of the NBA draft, as the 47th pick to the Atlanta Hawks in 2013.

He was the youngest member of the Brazil national basketball team during the 2010 FIBA World Championship.

He posted a photo with his father to Instagram in August 2016.

He and Rickey Green have both played for the Utah Jazz.

Raul Neto Is A Member Of