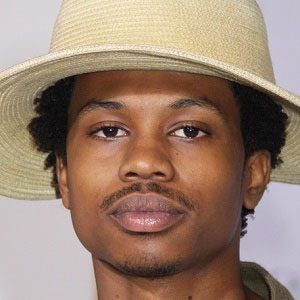 Singer-songwriter and rapper best known for his debut EP, Indigo Child, which was released in August 2014. He combines elements of hip hop, soul and folk rock.

He launched his career by putting together an event called Raurfest, a live performance held alongside his 18th birthday party.

XXL Magazine chose him to be among their Freshman Class of 2015.

He was born Raury Alexander Tullis in Stone Mountain, Georgia.

He, Kid Cudi and Childish Gambino all opened for Outkast.

Raury Is A Member Of