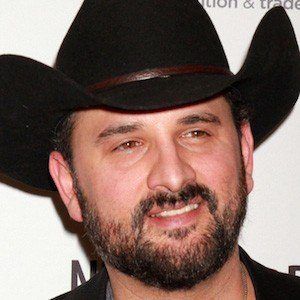 Country singer known for his albums Ray Scott and Rayality, on which he collaborated with Dave Brainard. He's also received critical acclaim for his singles "Those Jeans" and "Drinkin Beer."

He formed his first band when he was 19 years old and attended the Music Business Institute in Atlanta.

He has a significant European following, as evidenced by the single "Drinkin' Beer" becoming the number one song on the UK's Hot Disc chart in 2014.

In September of 2015, he and Stacey Beard were married in Bowling Green, KY.

Early in his career, Scott wrote songs for Randy Travis and Clay Walker.

Ray Scott Is A Member Of