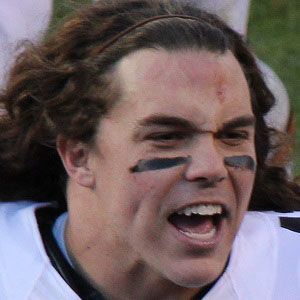 Safety who signed with the New England Patriots in 2005 and won the AFC title with the team in 2007. He has gone on to play for teams like the Cleveland Browns and San Francisco 49ers.

He and some friends founded the Nathan S. Arenson Fund for Pancreatic Cancer Research while still in middle school.

His younger brother Ross has also played for the Patriots.

He has played alongside All-Pro linebacker Patrick Willis on the defense of the 49ers.

Raymond Ventrone Is A Member Of