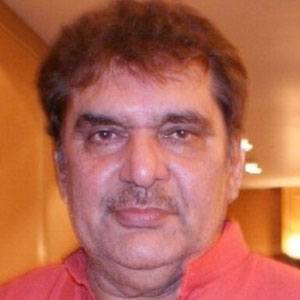 Veteran Indian actor who has appeared in dozens of popular Bollywood films, including 1982's Prem Rog, 1991's Henna and 1997's Gupt: The Hidden Truth. His deep, baritone voice has led to him playing many villainous characters.

He got his start acting in the mid-60's in films like Johar-Mehmood in Goa.

He was nominated for a Filmfare Award for Best Performance in a Negative Role for his work in Henna.

He has children named Ayesha and Ali. His father was famous character actor known simply as Murad.

He co-starred with actor Chiranjeevi in the 2002 Telugu action film Indra.

Raza Murad Is A Member Of