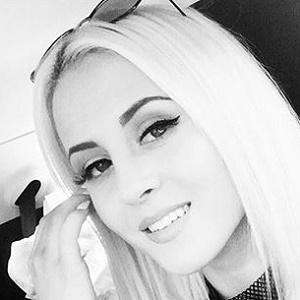 Singer-songwriter with a debut single release titled "Thinkin' Bout Me" who later released tracks titled "1000 Roses" and "On My Way."

She took piano and vocal lessons from an early age, later adding the guitar to her arsenal. When she was 14 years old, she competed at the UK Open Mic competition.

She was 15 years old when she wrote her first full song. She performed at the famous O2 Arena in London as a supporting act for Joan Armatrading.

She was born in Cardiff, Wales.

She performed a rendition of Christina Aguilera's "You Lost Me" at the UK Open Mic competition.

Rebecca James Is A Member Of