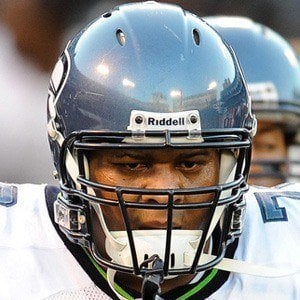 NFL defensive end who won the Ed Block Courage Award in 2011 while playing for the Seattle Seahawks.

He was named Southeast Texas Defensive Player of the Year his senior year of high school by a local newspaper.

He recorded 90 tackles in his first four seasons with the Seattle Seahawks.

He was led into the playoffs by quarterback Russell Wilson during the 2012 season.

Red Bryant Is A Member Of