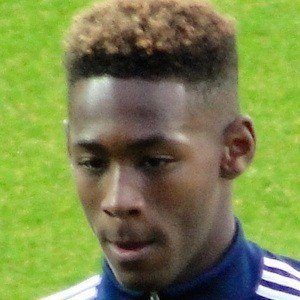 Defender who made his professional debut with West Ham United at aged 15 in 2015. He also spent time on loan for Reading, Borussia and FC Augsburg.

He began training full-time in 2011, and began practicing with West Ham in 2014.

He became West Ham's youngest-ever player when he debuted at 15.

He was born in Edmonton, London, England. His grandfather is the brother of Jamaican footballer Neville Oxford.

In 2015, he nearly became the youngest-ever Premier League starter, second only to Jose Baxter.

Reece Oxford Is A Member Of