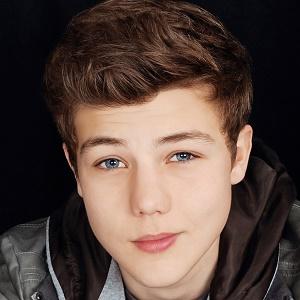 Pop artist who reached the Top 24 on the 2012 season of The X Factor. A multi-instrumentalist, he plays the guitar, bass, alto sax, tenor sax and keyboards.

He starred in a music video for Forever the Sickest Kids and went on to sign his first contract in 2012 after winning a singing competition at the Dallas House of Blues in 2011.

He has a younger brother named Blake and his parents are named Jane and Mitch. He was born in Columbia, MD, and moved to San Antonio, TX before his first birthday.

Khloe Kardashian hosted the season of The X Factor on which Deming competed.

Reed Deming Is A Member Of