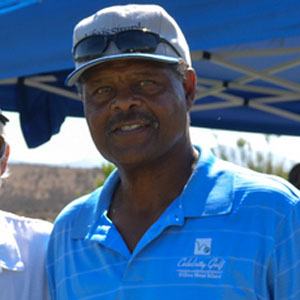 Switch-hitting outfielder who tallied 314 home runs and was selected to seven All-Star teams during his 17-year career.

He won a batting title in the minor leagues before becoming the starting center fielder for the Boston Red Sox.

He was the hitting coach for the USA baseball team that won a bronze medal at the 2008 Summer Olympics.

His father Lonnie was a catcher for one season in the former Negro League.

He starred in the same outfield as Hall of Fame slugger Carl Yastrzemski with the Boston Red Sox.

Reggie Smith Is A Member Of