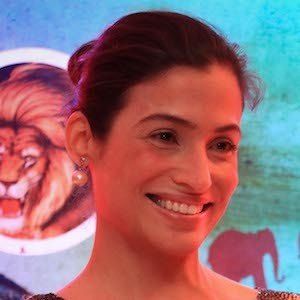 News anchor and broadcast journalist who is recognized for her work with the Rede Globo television network. In 2014, she became a lead anchor on the popular nightly news program Jornal Nacional.

She graduated with a degree in communications from the Colégio Santo Agostinho.

She appeared in advertisement campaigns for Coca-Cola and Chanel.

She married Miguel Athayde in 2014.

Both she and William Bonner served as anchors on Jornal Nacional.

Renata Vasconcellos Is A Member Of