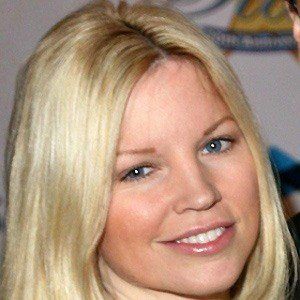 Actress and TV personality who appeared as herself in episodes of 2007's Scott Baio Is 45... And Single and The Girls Next Door.

She was born in Tennessee to a family of Native American and Dutch heritage. Her birth name was Peaches Renee Sloan.

She appeared in two Playboy documentaries in 2002: Who Wants to Be a Playboy Centerfold? and Inside the Playboy Mansion.

Her older daughter, Kalyn, was born in 1989. In 2007, she married actor Scott Baio, with whom she had a second daughter named Bailey.

She co-starred with Tony Todd in the 2004 horror film Murder-Set-Pieces.

Renee Sloan Is A Member Of