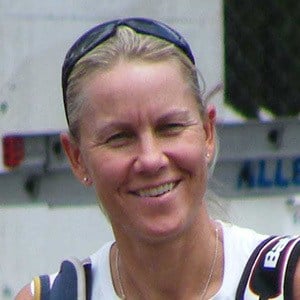 Tennis star who rose to fame as one of the most decorated doubles competitors in Australia history. She won four Grand Slam doubles and two mixed doubles titles, and was named the ITF World Champion after winning the 2001 WTA Championships, throughout her playing career from 1992-2010.

She made her debut as an ITF doubles competitor in 1988. She later won her first WTA Tour tournament at the 1992 Asian Open.

She became the then-longest serving Australian Fed Cup team member between 1992-2010, with 28 victories. She was the lead female analyst for NBC's coverage of the 2012 and 2016 Olympic Games.

She attended an event in New York supporting Australian marriage equality, and was pictured with Rose Byrne.

Rennae Stubbs Is A Member Of