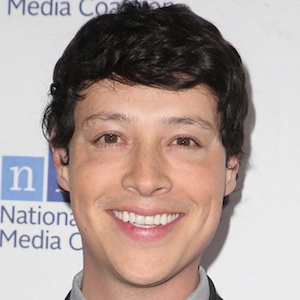 Bolivian actor who is known for his appearances in a range of feature films, short films, and television series' as well. He is best recognized for having played the character Julio in the 2010 feature film Beginners as well as Eddie in the 2015 feature Our Brand is Crisis.

His acting debut first came in 2010 when he was cast as Julio in the Mike Mills film Beginners. He then went on to appear in a small episodic role in CSI: NY before earning his first recurring television role in 2018 as the character Quentin in the series Kick.

He was nominated for a Imagen Foundation Award for Best Supporting Actor in a Feature film for his role in the 2016 film Our Brand is Crisis.

He was born and raised in Bolivia and shared a photo of his parents through Instagram in May of 2018.

In the film Our Brand is Crisis, he starred alongside Sandra Bullock and Billy Bob Thornton.

Reynaldo Pacheco Is A Member Of