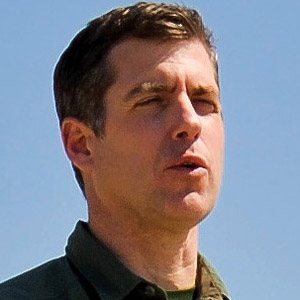 Best known for his work as a Weather Channel and CNN meteorologist, this broadcast journalist held memberships in both the National Weather Association and the American Meteorological Society.

Over the course of his career, he worked for television stations in Missouri, Michigan, Florida, Alabama, Texas, and California.

Though born in North Carolina, he grew up primarily in Alabama. He and his wife, Erin Cogswell-Wolf, settled in Atlanta, Georgia, with their son and three daughters.

He and Nick Gregory both had successful careers as television meteorologists.

Reynolds Wolf Is A Member Of