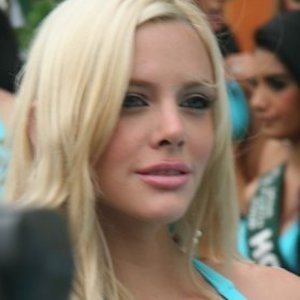 Most well known as the 2nd runner-up in the 2008 Star Hellas pageant. She also represented Greece in the 2008 Miss Earth competition and has graced the pages of magazines like Playboy and Esquire.

She first became known in 2007 when she won the title of Miss Peloponnese. She would go on to represent Greece in Model of the World.

In 2012, she competed on the eighth edition of Ballando con le Stelle, Italy's Dancing with the Stars. She has also acted, appearing in films like Non si ruba a casa dei ladri and La coppia dei campioni.

Her birth name is Gregoria Antoniou. She is half Peloponnesian.

In 2012, she cohosted Ballando con te with Milly Carlucci.

Ria Antoniou Is A Member Of