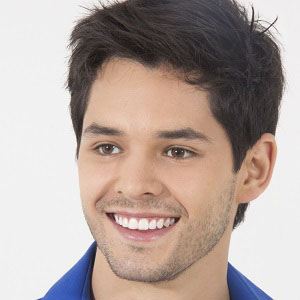 Notable for his role as Adrian Leyra in the Telemundo series Amores de Mercado, Abarca is also famous for his membership in a Mexican, all-male pop music group called M5.

He released his debut album with M5 in 2002. In the next seven years, he recorded four more albums with the boy band.

He was born in Morelia, Michoacan, Mexico. In 2011, he married Diana Neira. The couple has a daughter named Julieta.

He and Victoria Ruffo were both in the cast of the Colombian telenovela Victoria.

Ricardo Abarca Is A Member Of