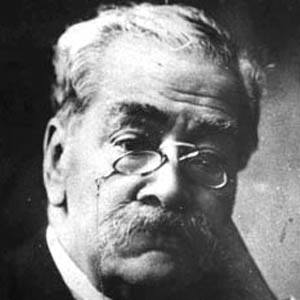 Peruvian author, scholar, and politician whose collected literary works were published between 1872 and 1910 in Tradiciones Peruanas, a multi-volume work. His Tradiciones are characterized by colloquial language, historical references, social critique, and a literary dialogue between the narrator and the reader.

He first published his writing when he was only fifteen years old. He later became a columnist for a Peruvian satirical newspaper.

He was an important figure in the development of South American literature.

His children, Clemente and Angelica Palma, both became famous authors.

Like Alfredo Bryce, Palma was a Peruvian author active during the Twentieth Century.

Ricardo Palma Is A Member Of