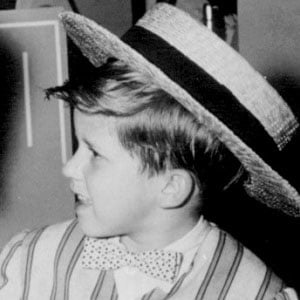 A gifted former child actor best known for his role as "Little Ricky" on I Love Lucy and The Lucy-Desi Comedy Hour. He is also a talented musician, having been a member of several jazz bands in the late 1970s.

At age three, he toured with the Horace Heidt Orchestra, where he was ultimately discovered by Lucille Ball and Desi Arnaz due to his strong resemblance to Arnaz.

In 1994, he published his autobiography, called Life After Lucy.

In 1976, he married ballet dancer Kathy Denton. They have one daughter named Tara.

in 1996, his character "Little Ricky" was inducted into the Lucille Ball-Desi Arnaz Museum & Center for Comedy.

Richard Keith Is A Member Of