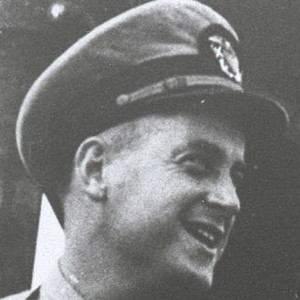 United States Navy submarine commander in World War II who received a Medal of Honor for his service on the Tang.

He graduate from the U.S. Naval Academy in 1934 after graduating from Phillips Academy, Andover in 1930.

He was held prisoner by the Japanese during the last ten months of World War II.

He married his wife Ernestine in 1936.

He was awarded the Medal of Honor by President Harry S. Truman.

Richard Okane Is A Member Of