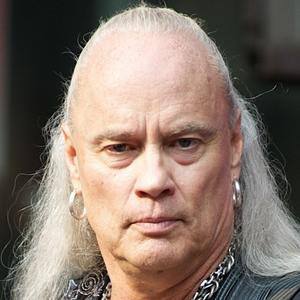 Metal artist who fronted the rock band Blackfoot from 1975 to 1999 and who was inducted into the Native American Music Hall of Fame.

He taught himself to play drums and the guitar by age five. He founded Blackfoot after graduating high school.

He has also been a permanent guitarist for Lynyrd Skynyrd since 1996.

He was raised by his grandparents in Jacksonville, Florida.

He and Gary Rossington were both in Lynryd Skynryd.

Rickey Medlocke Is A Member Of