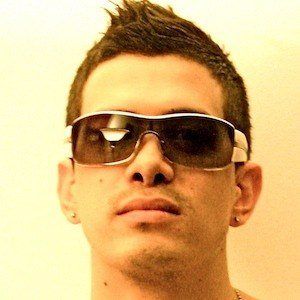 Mexican singer-songwriter and rapper who embarked on a solo career after performing as the vocalist of the band A.B. Quintanilla y Los Kumbia All Starz.

He learned to play the drums at the age of 17 while working towards a Bachelor's degree in business from the Universidad Regiomontana de Monterrey.

He was born Ricardo Ruiz Pérez in Monterrey, Nuevo León, Mexico to a Panamanian father.

Flex was featured on his single "Besos de Amor."

Ricky Rick Is A Member Of