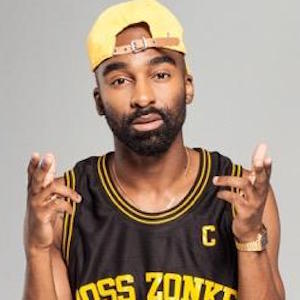 Multi-talented entertainer most well known as a rapper, but also skilled as an actor, writer, and producer. He put out a debut studio album called Family Values in April of 2015 which was certified gold.

Born Rikhado Makhado, he rose to fame with his single "Nafukwa" after previously releasing his debut single "Barbershop."

He has his own record label and company called Makhado Makhado Agency. He won an MTV Africa Music Award in 2015 for his Best Video for his song "Nafukwa."

He was born in KwaMashu, KwaZulu-Natal, South Africa. He has a son named Maik Daniel Makhado who is featured on the album cover of Family Values.

Pearl Thusi was featured in the music video for his song "Sondela."

Riky Rick Is A Member Of