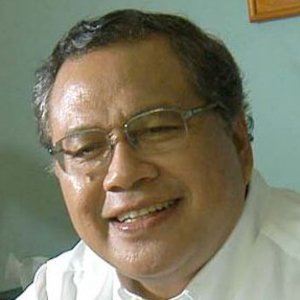 Indonesian politicians and economist who served as the Chairperson of the Indonesian Chamber of Commerce and Industry from 2013 to 2015, as the Coordinating Minister for Maritime Affairs of the Republic of Indonesia from 2015 to 2016. In 2018 he announced he would run in the 2019 presidential election.

He has a bachelor's degree in physics from the Institute of Technology, Bandung. In 1990 he graduated from Boston University with a Ph.D. in economics.

An activist since he was young, he wrote The White Book while at ITB, highlighting the corruption within the government. The book was banned and he was jailed for six months. It ended up being published in nearly ten languages.

He married Herawati M. Mulyono in 1982, and they had three children, Dhitta Puti Saraswati, Dipo Satrio, and Daisy. After she passed away, he married Liu Siaw Fung in 2008, who in 2011 sadly also passed.

He was selected to be Minister for Maritime Affairs by President Joko Widodo.

Rizal Ramli Is A Member Of