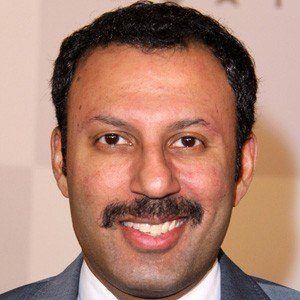 He grew up in Calgary, Alberta and later attended the American Musical and Dramatic Academy in the United States.

He appeared in episodes of How I Met Your Mother, NCIS, and It's Always Sunny in Philadelphia.

He was born in Toronto, Canada to Indian-Tanzanian parents, and he was raised in the Ismaili Muslim faith. In 2002 he married Taslim Manji and they welcomed three children.

He played the role of Dr. Gidwani in a 2010 episode of Glee, a popular television series starring Lea Michele.