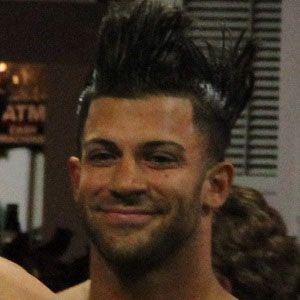 Professional wrestler who won two TNA World Tag Team championships with Jessie Godderz. He was inducted into the East Coast Wrestling Association in 2006.

He began training at IWF Camp in New Jersey upon turning 16.

He competed on the 25th season of the award-winning CBS reality show The Amazing Race. He has also appeared on MTV's Made.

He has twin sons named Cash and Carter with Tara Strauss, whom he married in 2011. He previously dated fellow professional wrestler Brooke Adams.

He and Rob Van Dam are both TNA X Division Champions.

Robbie E Is A Member Of