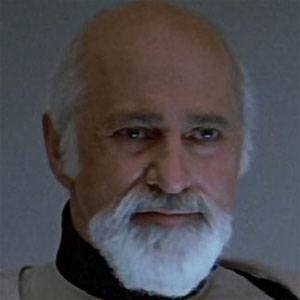 Gravely voiced actor appeared on over 20 films and numerous television shows, and staged notable productions. He has made guest appearances on Mission: Impossible, The Untouchables, and The Wild Wild West.

He served in the Air Corps during World War II, earning a Purple Heart, and then became a television actor during the medium's golden age.

He greatly expanded live theater in Los Angeles, as the first artistic director of the Company of Angels, and co-founding the Theatre West in Hollywood.

He grew up in Newark, New Jersey, the son of Meyer Ellenstein, a dentist.

One of his earliest movie roles was in Alfred Hitchcock's thriller, North by Northwest.

Robert Ellenstein Is A Member Of