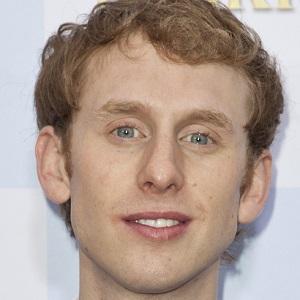 Known best for his roles in Steven Spielberg's War Horse and Roland Emmerich's Anonymous, Emms was also in the cast of the BAFTA-nominated movie The Arbor. In addition, from 2013 until 2014, he was a series regular on the BBC One's Atlantis.

He trained at both the BRIT School for Performing Arts and Technology and the London Academy of Music and Dramatic Art. Before becoming a screen actor, he appeared in London and Manchester stage productions of The Six-Days World, The Glee Club, and War Horse.

He guest starred in episodes of The Street, Scott & Bailey, and Monday Monday.

He appeared with Julia Roberts in the 2012 film Mirror Mirror.

Robert Emms Is A Member Of